An Isle of Wight-born director says he is “shocked and amazed” after picking up a Royal Television Society (RTS) award. 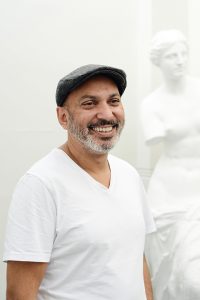 Shanklin-born Suri Krishnamma, who is currently filming episodes of hit ITV soap Emmerdale, has been recognised for his work directing The Way Out.

The film, which was remarkably shot in one continuous, unbroken take, formed part of the BBC’s Performance Live strand and aired on BBC Four.

It is set within Battersea Arts Centre and stars comedian Omid Djalili and Blaithin Mac Gabhann.

Suri and his camera team have been awarded for their multi-camera work. To see the winning film click here: